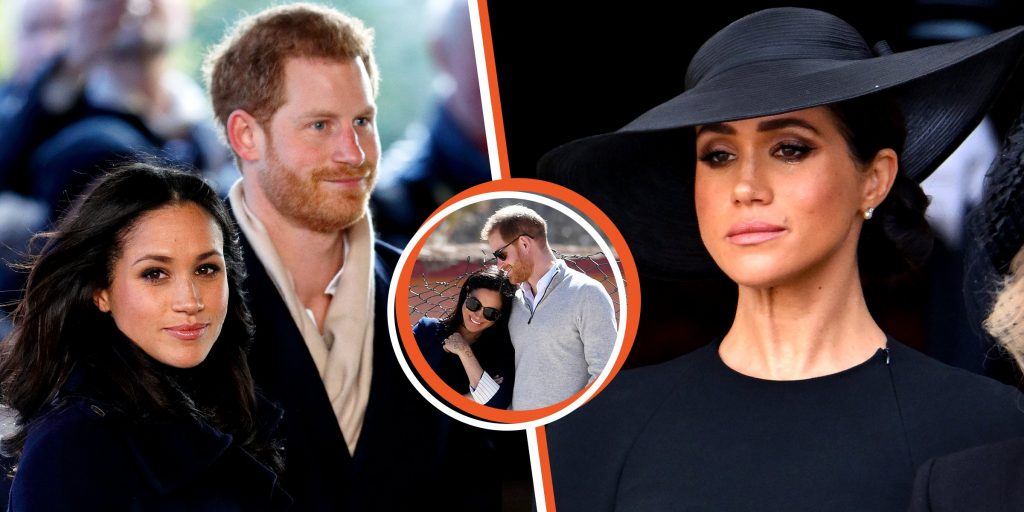 Prince Harry and Meghan Markle stepped down as senior members of the royal family and moved to the US in 2020. After this, they received a lot of criticism and people turned against Meghan.

Now they’re back in the UK to commemorate Queen Elizabeth II after her passing on September 8, and Meghan seems uncomfortable in certain situations.

Prince Harry, The Duke of Sussex and Meghan, The Duchess of Sussex attend a summer party at the British Ambassador’s residence at Glencairn House during their visit to Ireland on July 10, 2018 in Dublin, Ireland. Source: Getty Images

However, “People” claims that Prince Harry has supported his wife during this difficult time, even though he is dealing with the loss of his beloved grandmother.

A lawyer who attended the funeral, Pranav Bhanot, said the comfort Harry gave Meghan during the funeral was visible. He mentioned:

“I realized how supportive Harry was of Meghan. When they parted after the ceremony, he gave her a firm handshake. I felt like he wanted to make sure she was comfortable.”

The couple reportedly offered each other a lot of support during the funeral. “Mirror UK” even claimed that Harry and Meghan broke formation when they were outside the Queen’s funeral.

While other couples kept a step distance between them as they left the service, Meghan and Harry reportedly deviated from this posture and reached out for a hug.

A body language expert confirmed that this moment seemed “desperately important” for the couple, who have faced a lot of criticism in the last two years and only support each other.

Prince Harry, Duke of Sussex and Meghan, Duchess of Sussex walk as the procession carrying the coffin of Britain’s Queen Elizabeth arrives at Westminster Hall from Buckingham Palace for her deposition, on September 14, 2022 in London, UK | Source: Getty Images

Fans were delighted that Harry and Meghan were so supportive. a Twitter user mentioned that Meghan could have gone home and left Harry at the funeral to avoid humiliation.

The user said that Meghan knew what the public felt for her and that she was not going to have an easy time, but she assured that she was there for her husband. Another user was glad that they could trust each other during this time. There was also a user who I call Harry “a real man”.

The couple was also invited to attend a dinner to welcome world leaders before the funeral. Still, the invitation was rescinded and fans were upset that it was an embarrassment to the couple and the royal family.

a fan tweeted that it was one of the many ways the royal family had humiliated the couple since Queen Elizabeth II died and mentioned that she was the only one who made sure that Meghan and Harry were always thought of.

Another Twitter user shared his views on the situation, mentioning that he thought the only reason they were invited was to humiliate them in front of the world. He later said that it made the royal family look “mean and dysfunctional.”

Prince Harry, Duke of Sussex and Meghan, Duchess of Sussex leave after a service for Queen Elizabeth II’s coffin reception in Westminster Hall, at the Palace of Westminster in London on September 14, 2022 | Source: Getty Images

Despite Meghan and Harry offering each other endless support during difficult times, Meghan couldn’t hold back tears at her grandmother-in-law’s funeral.

Meghan Markle was emotional at the queen’s funeral

While attending Queen Elizabeth II’s state funeral on September 19, Meghan remained stoic for much of the funeral. Still, she was unable to maintain her composure for the duration of the procedure.

Only at the end of the service, when British troops carried Queen Elizabeth II’s coffin out of the cathedral, did Meghan become so emotional that she was seen wiping away a tear.

Meghan wasn’t the only one to get emotional during the last two weeks after the Queen’s death. On September 14, as his grandmother’s coffin was transported from Buckingham Palace to Westminster Abbey, Prince Harry was also seen wiping away tears as he stood next to his wife and behind Princess Kate and Prince William. .

Every member of the royal family found the death of Queen Elizabeth II difficult, and it is well known that Prince Harry shared a close bond with his grandmother and found her to be someone he could turn to for advice.

The couple have been emotional for the entirety of the last two weeks, but have leaned on each other to get through this difficult time and heal from the trauma.

While Meghan wore her heart on her sleeve during the Queen’s state funeral, she made sure those sleeves also honored the Queen in some way. She did the same thing with her jewelry, according to “People.”

She made sure that she looked appropriate and that her attire meant more than just looking dressed up for the funeral service. She used her outfit to pay her respects to her late grandmother-in-law.

The dress Meghan wore to the funeral was a black replica of a navy blue dress she wore in 2018 to a celebration in honor of the Queen’s 92nd birthday at London’s Royal Albert Hall.

Meghan also wore a pair of diamond and pearl earrings, given to her by Queen Elizabeth II. Meghan wore these earrings in her first and only royal appearance with the Queen.

Along with the jewelery and dress, Meghan also wore a black replica of the white Stephen Jones hat for Dior that she wore to the Queen’s Platinum Jubilee celebrations in June.

Meghan subtly paid tribute to the Queen with her outfit, which fans greatly appreciated, but she wasn’t the only one to do so. Other royals made sure her outfits carried weight.

Princess Kate also honored the late monarch with her funeral attire. She was wearing a pair of earrings given to her by her mother-in-law and a pearl necklace with a diamond clasp that was part of the Queen’s personal collection.

Princess Kate wore the same earrings to the Queen’s Platinum Jubilee celebrations earlier this year, and has borrowed them many times before then, People confirms.