Keanu Reeves does not have a son, although blogger Justin Tyler joked that the actor is his father 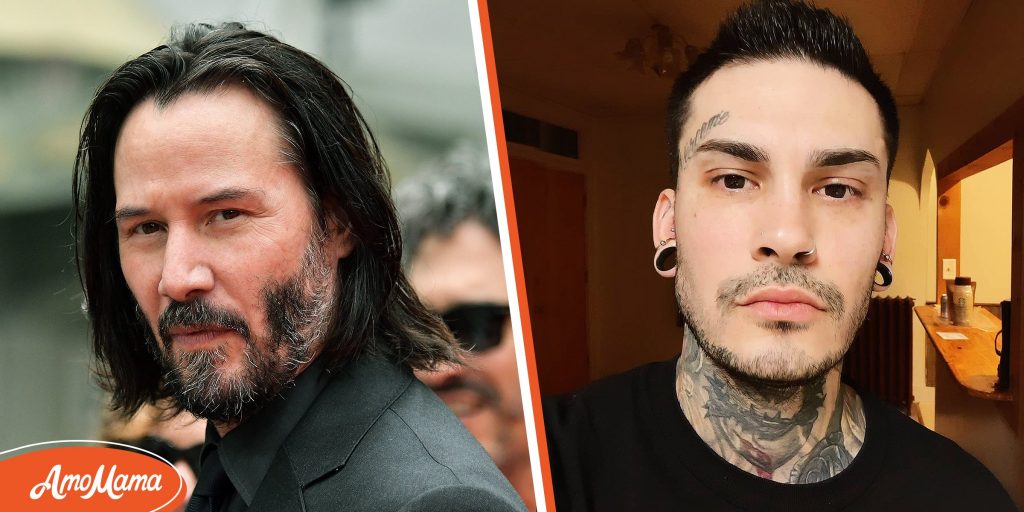 Dustin Tyler went viral after posting a series of TikTok videos claiming to be the son of Keanu Reeves. Although it is supposedly just a series of jokes, many of his followers begin to wonder if he really was the son of the Hollywood star.

Known for his blockbuster movies, Keanu Reeves is a role model for aspiring actors and youngsters. If it’s not about his movies, the headlines about him focus on his good heart or his wise ideas.

The actor does not have his own family to share his good heart and love. However, he did admit that he did like his “Speed” co-star Sandra Bullock in the past. Unfortunately, their relationship never progressed to anything more than being friends.

Despite not having a family, a TikTok content creator caused a stir online after claiming to be the son of the “Matrix” star.

Dustin Tyler calls himself the son of Keanu Reeves

Born on October 13, 1985 in Mankato, Minnesota, Dustin Tyler is a tattoo artist and TikTok influencer with over a million followers on the social media platform.

Unfortunately, their daughter, Ava, was stillborn on Christmas Eve the following year, while Syme was in her eighth month of pregnancy. The tragedy brought pain to the couple, which ultimately led to their separation.

He grew up primarily in Oregon, where he reportedly became an apprentice tattoo artist at the age of 18. In addition to his craft, Tyler shares humorous content on his TikTok account that attracts thousands of viewers.

However, he gained more fame after posting videos claiming that Reeves was his father. “When you get a great personality because your dad is Keanu Reeves and your good looks because your mom is a famous model,” he wrote in a post.

In another TikTok video, he shared what it was like growing up as the son of a famous Hollywood star. He said:

Tyler also shared a photo with Reeves during a purported charity event in Los Angeles. Although there is no truth to his series of posts, some of his viewers began to wonder if Tyler was really Reeves’ son.

Some of his fans note in his posts that the “John Wick” star has no children. However, he continually tries to prove them wrong.

All of Tyler’s TikTok content is based on fictional stories, which he does not deny. In fact, the social media star already wrote the disclaimer on his TikTok bio, “JOKE/SATIRE.”

Although Tyler isn’t actually Reeves’ son, the actor was once on his way to becoming a father. In 1998, Keanu Reeves met his ex-girlfriend Jennifer Syme and conceived a son.

Unfortunately, their daughter, Ava, was stillborn on Christmas Eve the following year, while Syme was in her eighth month of pregnancy. The tragedy brought pain to the couple, which ultimately led to their separation.

Two years later, Reeves, still devastated, was again heartbroken to learn that Syme had died in a car accident.

The death of those close to him plagued Reeves’ life for years. The actor has also lost two loved ones in the past, including his sister, Kim Reeves, who passed away from cancer, and his best friend, River Phoenix, who died after taking a concoction of illegal substances.

Reeves has kept his private life private for many years. However, he proudly walked the red carpet at the 2022 MOCA Gala with his girlfriend, Alexandra Grant. The couple made their relationship known when they made their first public debut at the LACMA Art + Film Gala in November 2019.