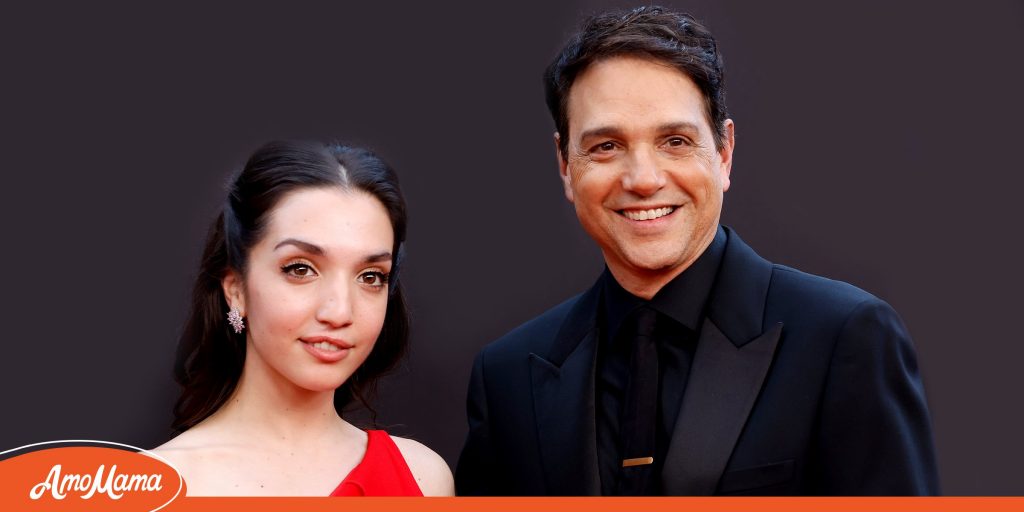 Julia Macchio is a woman of many talents and is the daughter of actor Ralph Macchio. She also decided to follow in her father’s footsteps and become an actress, among her many skills. In December 2021, she starred in “Cobra Kai” with her father.

Family ties in movies and series aren’t new to Hollywood, and the producers of “Cobra Kai” latched onto this theme in season 4 when they paired up a real-life father-daughter duo to act as distant relatives.

In the eighth episode of the show, Julia Macchio was joined by her father, who played Daniel LaRusso on the set, and played the role of one of her cousins, Vanessa LaRusso.

In her role as Vanessa, Julia is a second-year graduate student studying child psychology. Her brother Louie LaRusso, played by Bret Ernst, brought her in to mentor her uncle’s son, Anthony LaRusso, played by Griffin Santopietro.

Anthony had been misbehaving and his parents needed answers as to why he had misbehaved. They reluctantly accepted her help, and she wowed them with her deep understanding of the situation.

After discussing the situation, Vanessa told Anthony’s parents that their son’s misbehavior at school was their fault. She accused them of ignoring and disciplining him as he grew older.

Who is Julia Macchio?

Julia was born on May 20, 1992, and graduated from St. Anthony High School, a Catholic coeducational high school in Long Beach, California, in 2010.

After graduating, she attended Hofstra University, graduating with a bachelor’s degree in dance in 2014. As a student in college, she held many jobs.

The actress was a lead singer at a New York Cabaret in 2012. That same year, she also performed as a dancer and singer at the Florence Dance Festival in Italy.

Julia Macchio is a great friend of her supportive father.

A year later, she worked as a hostess at The Fifth Season restaurant, managing the servers, among other duties. She was also a voice student on her father’s short film “Across Grace Alley.”

In 2012, Julia played Lucy opposite Kristen Wiig in “Girl Most Likely.” Before graduating, she was also part of her college Dance program and performed at the American College Dance Festival.

Before starring in her biggest role yet in “Cobra Kai,” she played the role of Caitlin in the 2018 Polly Draper-directed comedy “Stella’s Last Weekend.” She is now teaching advanced-intermediate classes at the Long Island Dance Academy.

Julia is living her childhood fantasy as she always dreamed of becoming an actress. In an interview, she said:

“I don’t think there was a time when I really thought about doing anything else. I used to act out Disney movies in our house. It was just something that was in my blood.”

However, growing up as the daughter of the famous “Karate Kid” actor had its challenging moments. Despite her fame, her supportive father helped her navigate everything because he is grounded and knows that world.

Is Julia Macchio close to her father?

Ralph Macchio, who has been married to his wife, Phyllis Fierro, for more than three decades, is a dedicated family man. In 1992, he left Hollywood to spend more time with his children, which he called his greatest achievement.

Watching her children grow up, she became involved in their lives even though she couldn’t stand her daughter, Julia, dating when she was 17. The actor later acknowledged that being a father was the most formidable job in the world.

However, he and Julia have a great relationship and she said they are great friends. They even posed on the red carpet at the “Girl Most Likely” screening on July 15, 2013, and he complimented her on her role on her Twitter.

Julia also has a brother who goes by the name of the Karate Kid: what do we know about Daniel Macchio?

Julia has a younger brother, Daniel Macchio, born in 1996. He was named after his father’s character in “Karate Kid” and his mother’s cousin and best friend. She at first she didn’t like the name, but now she is proud of it.

She graduated from Miller Place High School in 2014 with an Academic Excellence Award and from Boston College in 2018 where she was part of the Pi Mu Epsilon – Mathematics Honor Society.

Before graduating from college, she worked as a data analyst intern at a hospital, a business analytics intern for a sports and entertainment company, and a production assistant intern for CBS Sports.

However, composing seems to be his best part of the entertainment business. He has composed for “It’s Colder Here”, “Famous James”, “The Haley Project”, “The Wrecks”, “From the Heart of the Crowd”, “Olivia”, “That Was Then”, “We All Failed Daisy” . ”, “Rocks, pebbles and happiness”, and more.

After graduation, Julia’s brother worked as a coordinator and specialist in a customer relationship management database. For more than a year, he was a financial analyst for the National Hockey League.

He is a current member of the Boston College Athletics fan council and the current manager of research and analysis and Live Nation Entertainment. According to his experiences, he loves sports and does not hesitate to show this love on his Instagram.