Inside Eric Braeden’s 3,500-Sq-Ft Mansion That He Shares with His Wife for the Last 38 Years 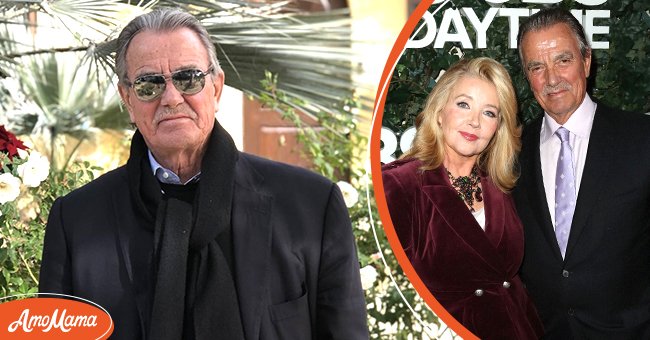 Eric Braeden has been married to his wife Dale Russell Gudegast for over five decades, and they share one son, who has made them proud grandparents of three granddaughters.

When “The Young and the Restless” actor was looking for a place to settle down, he fell in love with Santa Monica and dreamed about living there someday.

Years later, the German actor achieved that dream and bought a house, where he has happily lived with his wife for almost forty years. Here’s a look inside Eric Braeden’s mansion.

Eric Braeden met his wife at Santa Monica College, where he studied economics and philosophy while she was an art major. After being married for decades, his wife still described him as an endearing man.

When the couple first met, the actor was still using his birth name, Hans Gudegast. After emigrating to the United States in 1959, he chose the name Eric Braeden for the movie “Colossus: The Forbin Project.”

However, he still uses his birth name among family and old friends. Braeden and his wife, who have been married since 1966, welcomed their son, Christian Gudegast, on February 9, 1970, in Los Angeles.

Christian Gudegast, Gale Gudegast, and Eric Braeden as Braeden celebrates his 25th Anniversary on “The Young and the Restless” | Source: Getty Images

Being married for over 50 years is no mean feat, and Braeden believes that falling in love is only the first part, as liking your partner is also essential to the longevity of any relationship.

Braeden also revealed that his marriage has survived because he respects his wife for who she is because after having gone through certain life situations, he has gotten to know her.

In their years together, his wife has supported him throughout his career. When he took the role of John Jacob Astor in “Titanic,” he hated the role because he felt it was not for him, but his wife convinced him to take it.

Christian Gudegast, Dale Gudegast, and Eric Braeden after Braeden was honored with the 2,342nd star on the Hollywood Walk of Fame on July 20, 2007 | Source: Getty Images

THE HOUSE ERIC BRAEDEN HAS LIVED IN FOR ALMOST FOUR DECADES

Braeden acquired a 3,500-square-foot mountain home in Santa Monica. He fell in love with the area the first time he was around it. he said,

“The first time I drove through the area, I said, ‘I want to live here someday!'”

Once he picked the area almost forty years ago, he did nothing else as he let his wife do the rest. He revealed that she always did the decorating while he wrote the checks.

Their home boast of a backyard that features a pool with stone fountains and a spectacular view, especially at night after they light up the trees.

The couple has various potted plants that create a landscape to frame the pool area and add beauty to the site just by the backyard pool.

Braeden’s beautiful house has a living room filled with family photos, artifacts, and other trinkets placed on shelves and at the top of the fireplace.

Their outdoor balcony, where they can enjoy the mountain view, also has a seating area to accommodate at least nine people. Braeden’s wife also decorated the space with colorful potted plants.

The outdoor balcony has an aesthetics that does not take away from the forest surrounding the property but adds to them. To further complement the ambiance, Braeden’s wife added old rustic lanterns.

For the floorwork of their backyard, the couple opted for mosaic-styled flooring patterns and finished off the decor with potted plants. Braeden, pretty background of flowers, picks them and decorate his home with them from his garden.

The front area of ​​Braeden’s house is covered with flowering and non-flowering plants and climbing plants on the wall of the house. Inside, they have a cozy mini dining room perfect for their small family.

In October 2019, Braeden was forced to evacuate his home due to the devastating California wildfires. Before evacuating, they watered down their entire property to keep it safe from the wildfire.

After evacuation, Braeden was shocked that people still had their power lines above ground as he attributed the devastating fires to these.

Braeden had fears that he might never see his home again after leaving. However, he and his family were able to return to the house in time to celebrate Halloween.

Unfortunately, in 2018, his granddaughter was not so lucky as the wildfire caught her house. In the pictures, I shared with his fans, her apartment, including her roof, had completely burned down.

The California Department of Forestry and Fire recorded the 2018 wildfire, with 8,527 fires, as the deadliest and most destructive wildfire season in California.

Eric Braeden on the set of “The Young and The Restless” circa 2015 | Source: Getty Images

Even though he has not officially retired from acting, Braeden spends most of his time doting on his granddaughters from his only son.

His son, Christian, graduated from UCLA Film School in 1992, and his thesis film, “Shadow Box,” was the Best Student Film that same year.

Christian started as a rap music-video director before he sold his first script, “Black Ocean,” in 1993 and launched his screenwriting career.

Braeden frequently shares photos of his granddaughters on his social media pages and is quick to acknowledge their triumphs. When his eldest granddaughter de ella, an equestrian, came 4th out of 40 riders, he shared that he was proud of her.

Besides sharing pictures of his eldest granddaughter at practice, he also used social media to celebrate and wish her a Happy International Women’s Day and Mother’s day.

In one of the clips Braeden shared, his youngest daughter was trying to describes how huge she is, and it was beautiful to watch. In another image, I showed that his youngest granddaughter was on her way to ballet.

For sure, Braeden always has time for his grandchildren and enjoys the joys of grandparenting. he said,

“Being a grandfather just gives me a feeling of unrestricted, unlimited love. It’s unmitigated joy.”

The doting grandfather, who has made no plans to retire, continues with his role as Victor Newman in “The Young and the Restless.”