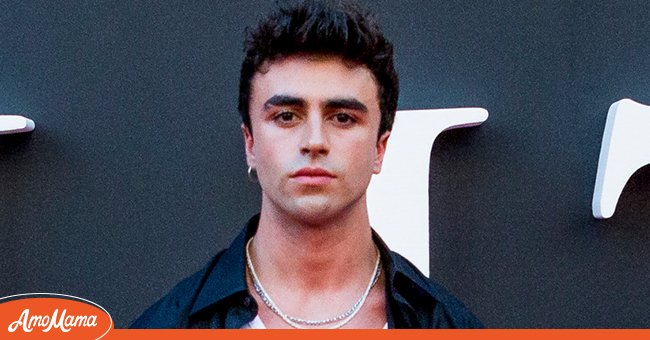 Spanish star Itzan Escamilla is one of the rising names in Hollywood. The 24-year-old made his name on the famous series “Elite;” however, his time on the show seems to be drawing to an end.

The Spanish Netflix movie “Elite” is one of the most talked-about movies recently. At the center of fans’ intrigue is the lead character, Samuel García Domínguez, played by 24-year-old rising film actor Itzan Escamilla.

Escamilla’s character, Samuel, is a scholarship student at the famous school, Las Encinas. The Netflix killer show “Elite” focuses on the rivalry between three working-class students and the wealthy students in a private school, which leads to murder.

Each season has given fans more reasons to anticipate the next. The show is currently in its fifth season, and Escamilla’s stardom is reaching heights he never imagined.

The Spanish actor found himself in the spotlight with his Instagram page boasting over 6 million fans, strongly devoted to the young actor, having been swayed by his magic and charms.

Escamilla’s rise to stardom came less than two years after making his acting debut. Although “Elite” is a Spanish show, it quickly became a hit in the US and UK, gathering a massive fan base that soared along with the popularity of its cast members.

Escamilla seems prepared for his foreign fanbase as the actor reportedly has a strong command of the English language. Fans might soon see the rising talent take up English scripts, furthering his fame.

IS ESCAMILLA LEAVING THE SHOW?

While the future seems bright for the young Spanish actor, there are concerns about his availability on the show that made him a household name. Many fans harbor the fear that Escamilla’s time on “Elite” might have come to an end.

“Elite” season 5 has featured several intriguing moments as the students of the affluent Madrid-based private school increase their body counts. However, one of the characters feared dead is the beloved Samuel, who probably will not make it from his injuries to him.

So far, the actor’s name is yet to appear in the lineup of season 6, but fans are hoping that Samuel finds a way out of his injuries and continues his imposing yet adored presence in the series.

WHO IS ESCAMILLA DATING?

Escamilla’s growing fame means many questions will be asked about his private life. The actor was rumored to have been in a relationship with Carla Díaz, who plays Ari in “Elite.”

Fans have long desired to see the duo share an on-screen romance. Unfortunately, rumors of a relationship between the pair are untrue. According to reports, Escamilla shares a good friendship with Diaz, but that’s all there is to their relationship.

Reports believe Escamilla is single, but the young actor prefers to keep his personal life under the radar. However, fans have asked questions about his sexuality after he was spotted kissing a man, but the “Elite” hitman has remained silent on the rumors.