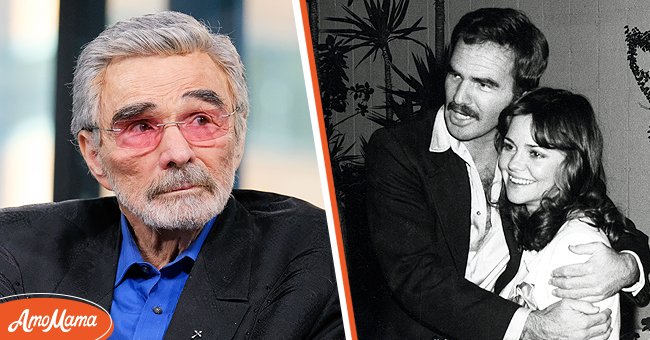 “Smokey and the Bandits” stars Burt Reynolds and Sally Field complimented each other on-screen. Offscreen, the duo had a perfect relationship that ended with their breakup; Field stopped talking to Reynolds, even though he tried to win her back from her.

Following their successes in the entertainment industry, Burt Reynolds and Sally Field remain two of the most notable stars of their time. Similarly, when these Hollywood stars dated, their romance gained public attention as it was full of passion and chaos.

What is described as a turbulent affair began in the 1970s when they acted in “Smokey and the Bandits.” However, it would not have been possible if Reynolds had not told the producers that Field was great for the feature (they had considered her not sexy enough for her role).

Eventually, the co-stars fell in love, and it was unlike anything Hollywood had ever seen! They were a match made in heaven, working better as a team due to their fondness for humor.

While they enjoyed being goofy with each other, Field was thrilled that the actor made her feel sexy. Decades after the relationship ended, she still acknowledged it when she spoke about their romance.

THE GENESIS OF WHAT EVERYONE THOUGHT WAS SPECIAL

Actors Burt Reynolds and Sally Field in the film “Smokey and the Bandit.” | Source: Getty Images

Although the iconic stars never sealed their bond with wedding vows, years after it ended, they still commented on their courtship that lasted for five years: it has remained a sensational topic.

Like the world sensed it, Field confessed that the beginning of their relationship was epic! Almost immediately, they felt attracted to each other and knew they possessed the qualities to be happy together.

In her words: “We had known each other about three days, four days at that point [during the filming of Smokey and the Bandit]. It was instantaneous, and four days felt like four years. You can see it in our faces. We were sort of, you know, deeply entangled.”

Field did not jump at her co-star’s invitation to go out despite the attraction. Reynold explained that they had fun filming and acting side-by-side, but she was talented at shutting him down whenever he pitched a date.

Finally, when he succeeded, he informed the producers and everybody backstage with a nod and thumbs up, as they had been rooting for him.

The actor maintained that he was signed by Field while working on the 1977 film that mostly saw them driving in a car. Reynolds added that he liked that “she was so gutsy.”

American actor Burt Reynolds smiles with his girlfriend, actor Sally Field, at an outdoor event. He wears a blue V-neck sweater, and has a beard and mustache. | Source: Getty Images

Despite being in love, Reynolds was unsure about the right timing for marriage to Field. The pair had been married to different partners, and Field’s first marriage produced her children.

While the actor was friendly with the children, he felt he had not enjoyed enough time with their mom. Then, somehow, the children altered his marriage plans.

INSIDE FIELD AND REYNOLDS’S “PERFECT” RELATIONSHIP

In 2018, in her book titled “In Pieces,” the actress talked about the intricacies of their relationship. Though many misunderstood their bond and labeled it perfect, she revealed untold truths in “In Pieces” about how controlling her lover seemed to her.

In her words: “By the time we met, the weight of his stardom had become a way for Burt to control everyone around him, and from the moment I walked through the door, it was a way to control me. We were a perfect match of flaws.” She continued:

“Blindly I fell into a rut that had long ago formed in my road, a pre-programmed behavior as if in some past I had pledged a soul-binding commitment to this man.”

Field confessed that she only knew the nature of the relationship when it began. According to her, Reynolds was controlling, and he did not care about the different phases of her life.

When asked to describe their time as a couple, she mentioned that it was “confusing and complicated, and not without loving and caring, but really complicated and hurtful to me.”

In the book, Field made a shocking revelation about how her lover used medications and injections while shooting “Smokey and the Bandits.” She persuaded Reynolds to go for tests at the Miami Heart Institute when she discovered it. However, the results came back clear.

Field later advised him to check into therapy, but he refused. That was when the actress realized that she was focused on fixing the relationship she had with her stepfather. According to her:

“I was somehow exorcising something that needed to be exorcised. I was trying to make it work this time.”

Field had been molested as a child by his stepfather, Jock Mahoney, a stuntman and actor. However, it was not until she became a teenager that he stopped. The powerlessness she experienced as a child caused her to make poor decisions, including getting an abortion at age 17.

Fast forward to the future, Field put up with Reynolds’s character flaws, and instead of protesting, she stayed quiet, accepting the treatment. In her book by her, the author revealed that she could not be herself. The only thing she did was succumb to her lover of her and become invisible.

After five years of being entangled in a parasitic relationship, the couple ended it and moved on to new partners—their marriages ended in divorces.

A few years after his second failed marriage, Reynolds reflected on his romance with Field, adding that he was to blame for the demise of their love tale.

In another interview, the actor, who confirmed that he was not ready to marry, revealed his reasons for not settling down with Field. He stated that they were never on the same page regarding marriage; either he was ready, and she was not, or the other way round.

Before Reynolds and Field became a Hollywood sensation, the former flames were married to other people. Even after they broke up, the entertainers entered other relationships that ended in sharing vows and, later, divorces.

Field, who was married to Steve Craig, shared two children with her first husband. Their union lasted for seven years. Her second well-known relationship was with Reynolds. However, when it ended, the actress married again to Alan Greisman, with whom she shared her youngest child, Sam.

Sally Field at the “Brothers and Sisters” press conference at the Beverly Wilshire Hotel on April 10, 2008 in Beverly Hills, California. | Source: Getty Images

Before separating, the “Mrs. Doubtfire” star remained married to Greisman for a decade. Following her divorce, she chose to focus on her career with her and children.

Like Field, Reynolds was first married to actress Judy Carne before meeting his “Smokey and the Bandit” co-star. The marriage lasted for two years, and they never had a child.

He also dated another actress in the 70s before meeting Reynolds. Following the end of his most famous relationship, the actor decided to share wedding vows with another on-screen maven, Lone Anderson.

In 1988, the same year as their wedding, the couple adopted a son named Quinton. However, their marriage ended in 1993. More than once, Reynolds has shown remorse about his behaviors from him to Field.

Furthermore, he claimed that she was the one who got away, and despite all his romances, he missed her and struggled to capture her heart, but it never happened.

In another interview, the actor confessed that he tried tirelessly to get Field’s attention. Reynolds added that he wanted to establish contact with her by sending postcards and notes to her.

Sadly, I have never achieved any meaningful results. Her actions yielded futility because she never responded to them. In response to his accusations of her, Field revealed that they did not speak for thirty years, even though she knew he reached out to her thanks to the medium he employed.

The actress mentioned that her ex-lover could have phoned her home for a more private discussion, but he chose to go through the public.

Burt Reynolds on the set of “Hawk” circa 1966 | Source: Getty Images

The iconic star, who starred in tons of films until his old age, did not battle with the type of demons that wrecked his fortune. However, before he died in 2018, he had one nerve-wracking regret: his failure to end up with Field, even after he sought her attention from her.

At age 82, Reynolds died at the Jupiter Medical Center. His caretaker revealed that he experienced chest pains before being rushed to the hospital.

Following his death, Field was flooded with emotions. However, she was relieved that he would not read her book “In Pieces,” where she detailed their relationship with her.

To this day, Field is unmarried. Instead, she is focused on her career, life as a mother and grandparent, and sharing her story to inspire women around the world.