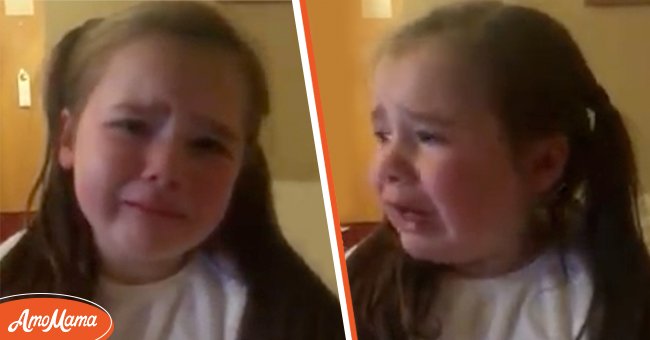 Heart-rending footage that captured a sobbing four-year-old girl being told she must spend her third Christmas on the streets surfaced on the internet and triggered a lot of anger.

Home is where the heart is, but it’s always best when there are four walls and a roof. In 2018, a four-year-old girl named Poppy moved hearts when a video of her getting told that they would be spending that Christmas without a home went viral.

It was their third time doing so, and Poppy had grown weary of it, so when her mom Leanne Dunleavy started making a video to document the ill effects of homelessness on kids and adults, the little girl didn’t hold back.

Poppy could be seen crying in the short footage as she was seated on a bed in a Dublin hotel room. Then a voice, which belonged to her mom de ella, was heard saying: “Poppy, why did you tell your mind out there?” The girl answered:

The emotional video was shared via Facebook, where it attracted more than 100,000 views and tons of comments pointing fingers at the Irish government for the state of things.

Poppy’s mom, Leanne, had become homeless due to unforeseen circumstances, and as far as she knew, there was no hope things would change.

Later on, in their video, Leanne asks Poppy how not having anywhere to go feels, and she responds with one word: “sad.” The mom tried to make her daughter feel better by pointing out the good things. She said:

“But we’re going to be together.”

It was not enough to console the poor girl, and her memory betrayed her at that moment by reminding her of a dog she had lost; however, Leanne once again swooped in, offering reassurance. She said:

Unfortunately, Poppy wanted her old dog, not a new one, and she said as much to Leanne, who didn’t argue. Instead, she told the little girl: “We’ll get a new house though, won’t we.”

The video sparked outrage, but after some time, it died down even though there were still many homeless adults and kids roaming the streets.

Then, the following year, a group of volunteers stumbled upon a young boy having his dinner off the cardboard. In a post the volunteers shared, they revealed the boy was named Sam and that he was just five. Part of the caption read:

‘”Sam is 5 and this was him eating a dinner of carbonara tonight on a sheet of cardboard. Can we really accept this?”

Now and then, cases like Sam’s and Poppy’s reach the media and incite a lot of anger. Sometimes their problems are solved by generous people, but how about those who don’t get coverage?